You are here: Home / Articles / In Vitro And In Vivo Production Of Antibodies

An antibody is a protein normally produced by the B cells of the immune system. Their original purpose is to identify and neutralizing threats, such as virus and bacteria (Kuo et al. 1989). As such, they have the ability to recognize specific protein patterns, and this ability makes them very useful tool in research and in several biomedical applications, including diagnosis and treatment (Springer, 2013). Immunoassays, for example, are antibody-based techniques commonly used in diagnostic assays (Lenhoff and Ngo, 2012). They are also used in a large array of techniques for the detection and analysis different kind of proteins, including receptors and enzymes (Kuo et al. 1989). Lately, new uses for antibodies include their potential for therapeutic purposes (Elvin, Couston & van der Walle, 2013).

Their usefulness in several areas has made it necessary to make them in large quantities. There is a need for the production of high quality antibodies in a large scale and in a cost-effective manner. Antibody production methods can be divided in two main categories: in vitro production and in vivo production. There are several techniques for in vitro antibody production, including the use of static cell cultures and the use of bioreactors. In vitro production offers the advantage of large-scale production in short time; besides, the antibodies produced by this method are easily purified. However, in vitro antibody production has several disadvantages, including the inability to create glycosylated antibodies (Marx et al, 1997). In vivo methods, on the other hand, are able to produce antibodies in high concentration; besides, the animal model offers the advantage of allowing post-translational modifications as glycosylation. The main disadvantage is the use of animals, which can be expensive and involves several bio-ethical concerns (Kuhlmann, Kurth & Ruhdel, 1989).

Antibodies can be produced through the use of hybridoma cells. Hybridoma cells result from the fusion of myeloma cells with B-lymphocytes from an animal, usually a mouse or rat. This animal is previously immunized with the antigen for which the antibody is required. Once the animal has created the antibodies against the injected antigen, they are sacrificed and their lymphoid cells extracted. Afterwards, these cells are fused with myeloma cells, creating a new cell line. The cell lines created are then tested, and the ones that are producing the desired antibody are isolated and cloned in order to obtain the maximum possible amount of antibodies. The hybridoma cells will secrete the antibodies into the cell culture medium, where they can be recollected (Cole, Kozbor & Roder, 1985). This antibody producing hybridoma cell line is grown and multiplied in vitro, which can be done by several methods.

The hybridoma cells need to be cloned in order to be expanded. This way, large amounts of antibodies can be produced. For large-scale antibody production, there is the need of using containers that allow the growth of a large number of cells, and the accumulation of high concentration of antibodies after they are secreted by the hybridoma cells. There are several types of containers for allow the in vitro growth of hybridoma cells and accumulation of antibodies, including static and agitated cell suspension culture systems (Hewish, 1996); membrane-based and matrix-based culture systems; and high-density bioreactors, like hollow fiber bioreactors (van der Kamp & de Leeuw, 1996).

Static and agitated cell suspension cultures consist on the use of plastic cell culture equipment, including T-flasks, roller cultures and spinner cultures. While T-flasks maintain cells in a stationary manner, roller cultures and spinner cultures allow for the medium to be agitated. Besides, they provide a superior gas exchange system and permit higher volumes of cells to be cultured. All these methods are easy to handle in the research laboratory and the cost is relatively low. However, cell suspension culture methods offer low final antibody concentration; therefore, the supernatant needs to be concentrated before the antibody can be purified and used. Stirred tank bioreactors can be used when there’s a need for a higher quantity of antibodies. Stirred tank bioreactors are very large, containing up to 2,000 litters, and they rely on a rotational mixing system. They are used to produce antibodies in a large scale for research or for biopharmaceutical applications; therefore, the conditions of production are highly optimized and automatization is the norm (Cole, Kozbor & Roder, 1985).

Membrane-based and matrix-based culture systems allow for the production of higher amounts of antibody than the cell suspension culture methods. In the membrane-based system, cells are cultured separately from the nutrients source by a membrane, in an independent compartment. A special gassing membrane helps enhancing the oxygen and gas transfers. In matrix-based systems, on the other hand, the cells are immobilized on a matrix and are perfused continuously with fresh medium. This method allows for the creation of a higher concentration of secreted antibodies on the cell culture (Ozturk & Hu, 2005).

Bioreactors are the system that allows the higher quantity of antibodies to be produced. These systems can support a high density of cells, allowing the production of high concentration of antibodies in the resulting supernatant. In fact, the resulting antibodies can be used or purified without prior concentration. The most common bioreactor is the hollow fiber bioreactor, in which the cells grow in a compartment that is perfused with fresh medium continuously, minimizing toxicity. In this system cells grow in a 3-dimesional porous matrix (Jackson et al, 1996).

The in vivo production begins the same way as the in vitro production: The antigen is injected into mice or rat, often in conjunction with an adjuvant to enhance the immune response. The animals are killed and their lymphoid cells are extracted and fused with myeloma cells in vitro. The hybridoma cells that produce the desired antibody are selected and sub-cultured. Then, for the propagation of the cloned cells, a mice or rat is used, and the hybridoma cells get expanded in the form of ascites tumors. Depending of the amount of needed antibody, the use of several mice might be necessary (Birch & Racher, 2006).

The use of animals allows for the production of high amounts of antibodies in a relatively easy manner; however, it also involves several disadvantages. This method is painful for the animals, raising bioethical concerns. It requires adequate animal facilities, making it more complicated than in vitro systems. Besides, the immunoreactivity of the generated antibodies is lower than those produced in vitro, due to the contamination by other immunoglobulins. There is contamination with other biorreactive cytoquines derived from the animal model (Kuhlmann, Kurth & Ruhdel, 1989).

No matter what method is used, the produced antibodies usually need to be purified. The antibodies are secreted and then obtained from ascitic fluid, in the case of in vivo production; or into the cell culture medium, in the case of in vitro production. Both the ascitic and culture medium have other components and substances secreted by the hybridoma cells, such as cytoquines. There might also be other contaminants such as bacteria and endotoxins (Kuhlmann, Kurth & Ruhdel, 1989).

The first two steps of purification are centrifugation and then filtering. This way, larger debris, whole cells and cell fragments are removed from the antibodies-containing solution. Afterwards, charged molecules as nucleic acids can be eliminated by ion exchange chromatography. The desired antibodies can also be isolated by affinity chromatography, in which the antibodies bind to a column while everything else is discarded. Precipitation is another method that can help in antibody purification; in this case, antibodies precipitate at a lower ionic concentration, and then the salts can be removed by dialysis. Electrophoresis can also be useful in the separation of antibodies according to their size. It is also important to consider the conditions of the purification method or methods to be used, given that conditions as low pH may damage the antibodies (Vljayalakshmi, 1998). 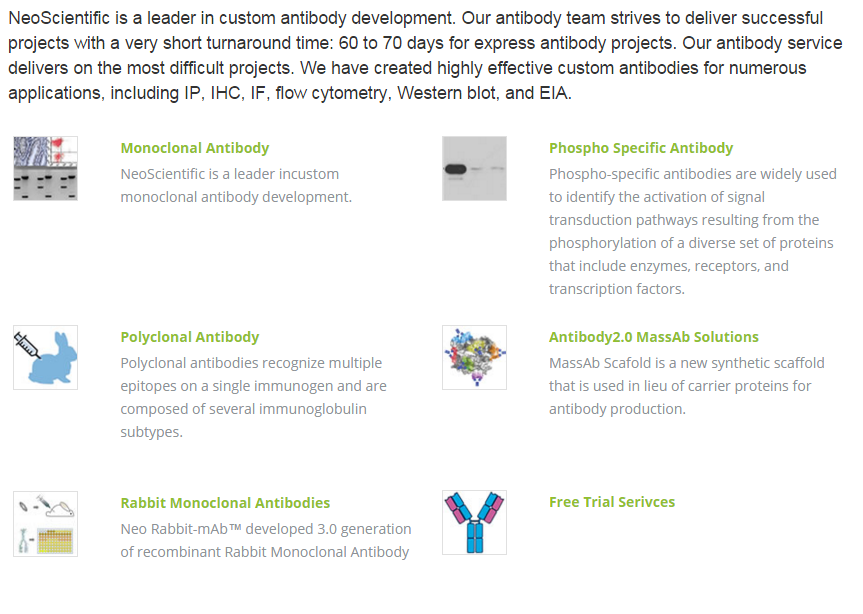 Antibodies are wildly used in biological research and medicine. Many techniques used daily in research require the use of antibodies with high sensitivity and specificity. In the biomedical field, antibodies are used for screening, diagnosis and even treatment. Sensitivity, specificity and reproducibility are all important requirements. Therefore, there is a need for the existence of methods that can produce high quality antibodies at a large-scale, in a cost-effective manner. Currently, in vitro methods offer more advantages than the in vivo ones, and most industrialized production methods are based on large-scale bioreactors. However, in vivo models remain useful, for example for glycosylation and other post-translational modification purposes. Other techniques have been developed in recent years, including the use of yeast for in vitro antibody synthesis (Gasser & Mattanovich, 2007). Another possibility consists on in vitro synthesis without the need of live cells, by the use of ribosome display techiques in a cell-free environment (He & Khan, 2005). Transgenic plants and animals are another possible system that offers new possibilities for antibody production (He & Khan, 2005).